I cannot think anymore, it was fullness and boredom at the same time. My head is full, but I dont know anything. LA is unstableness, power and powerlessness.

Urban landscape - seen from freeway (not seen in town) - out of scale - you cannot catch it - it seems to hunt after it on freeway. A lot of people spend so much time on freeways, freeways begin to be places.
Sometimes there are traffic jams, its normal, it needs to be. Catch the town in motion, be somewhere and see: distance makes the big things little - catch a glimpse of it.

Freeways as the clearance of mind, its a break - the transition between home (if there is a home) and work or recreation. Its a ritual. Its between disconnected places. Sometimes it doesnt seem to be real. Being caged in a box of steel sheet called car and feel freedom. Listen to music, fly over town being disconnected from all our surrounding including our body. Stare to the road and pray the motion, like being in a roller coaster. Driving the curves in the junctions and then float over the freeway or go down into the wilderness of downtown traffic. Stop and go, one way streets, try to catch the right streets, curving around blocks  long ways  disconnected from the real place: no scale, no topography, no orientation, no context.

Look after a parking lot, drive the spiral in the parking house  PARK  in a box, the box of temporary storage - the box is the connection of the disconnected place, go from this box into another box, an entertainment-box or an office or a store. Dont stay too long, the storage box is expensive. Time is money. Have your instant fun. Have your instant business  just for a meeting. Go from the roller coaster into a theme park.

But there is another box too, its a prison. People there stay on a place, where other people usually dont stay. And in the City Hall there is like a big black box with important documents, its secure, when an earthquake comes, it shouldnt break. The most stable thing in town? Who else stays here? There homeless people, they live between the boxes. Theyre real. Theyre the tremulous breath of the city. Theyre always here and nowhere. They dont exist, but theyre omnipresent. They die, but they dont die out. There fragile, fly like downs or snowflakes. But they are the object of violence  who is violent? It produces fear, gives questions how to use public space. Its wrong to dont make this places comfortable anymore: no shelter. No bank to sit, no privacy, just openness. All under control? Pershing square  a police station in a park, cool design  people criticize that. Hard space, surrounded from buildings. Buildings define the room. The park itself is less a place, than the surrounding, but without park, no surrounding. 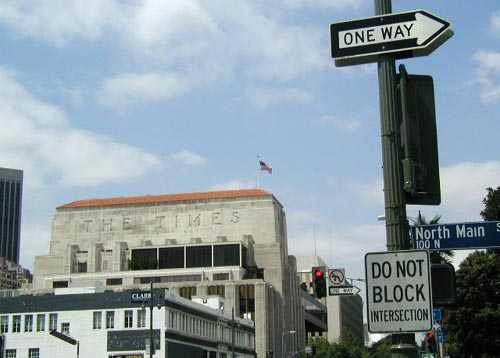 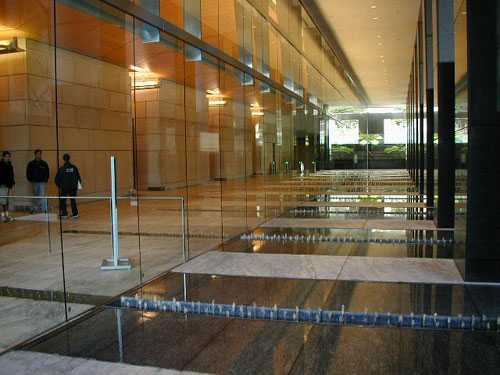 transparency and reflection at the same time 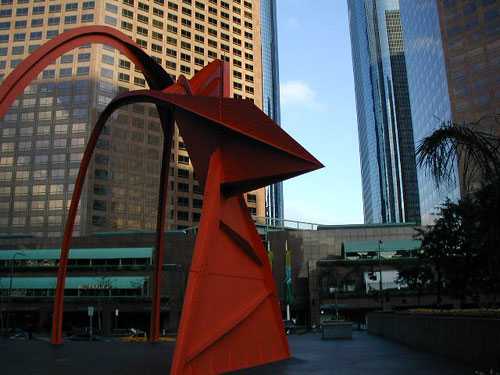 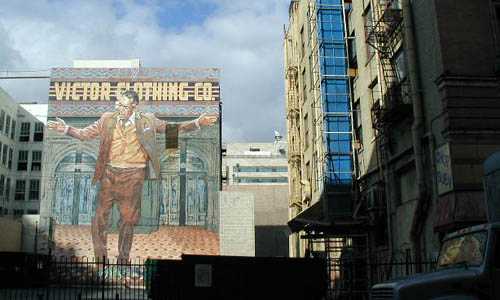 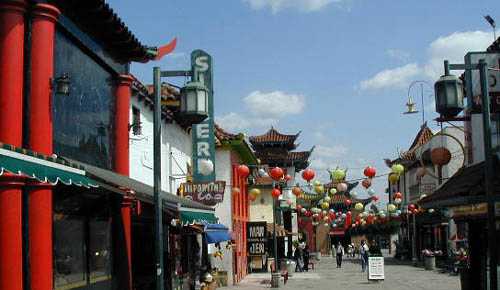 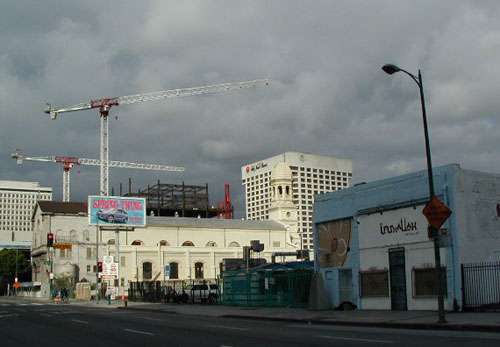 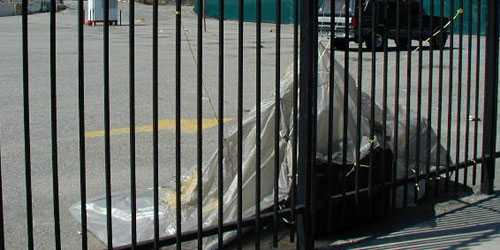 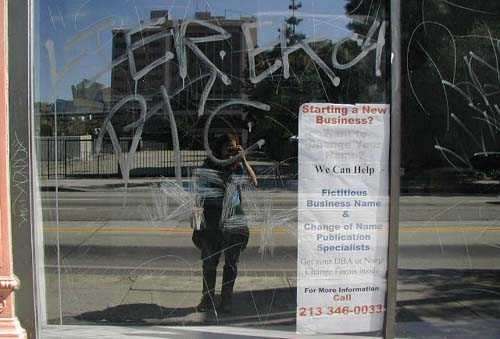